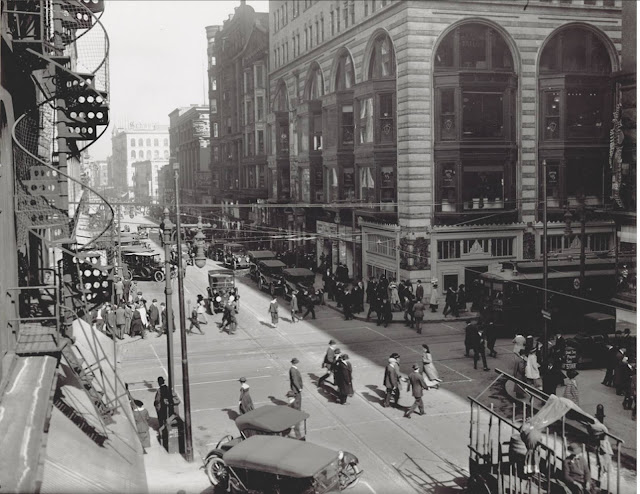 If you're not already occupied by the Occupy Movement's takeover of park land, stop by the block party on the 900 Block of Olive!  Hosted by Fifth-Third Bank, the theme of the block party is "A Block of Health and Wealth".  The cover band "Under the Influence" will be playing, food will be served, and businesses on that block will be participating in the festivities so that people can get a sense of how much is available Downtown.

This block has always been a great block in the City.  With the addition of the Culinaria at 9th and Olive and the Syndicate Condominiums with rennovated 1st floor commercial space, its one of downtowns most active blocks.

The weather should be perfect, and after things are over, everyone can cross the line into the 1000 block to Jack Patricks to watch the Tigers in the first round of the NCAA Tournament.
Posted by Chris Grus at 8:21 AM