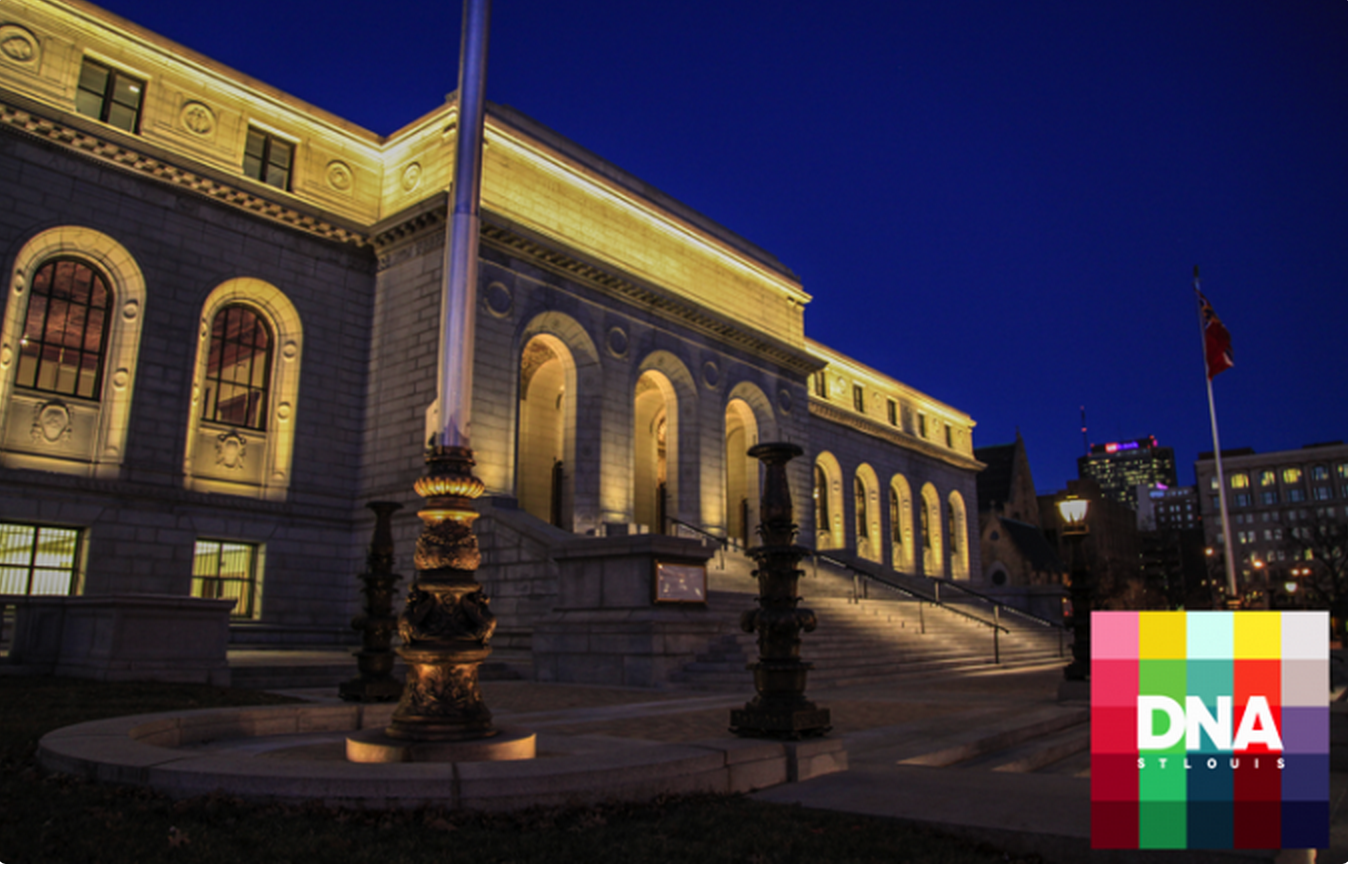 Currently the association is about as organized as I've ever seen it, which is a start.  Longevity and focus are also important, not so much for the individuals, but the objectives and goals of the organization.

In downtown St. Louis, the goals have been consistent, but the effort behind organizing the neighborhood has been consistent.  Elected officials have had the ability to 'ride out the storm' and wait for the squeaky wheel to silence itself.  That has happened in the past, but clearly isn't the case now.

Its great to see a current website  with minutes and agendas for each meeting.

It would be EVEN BETTER to see a strong turnout and participation for tonights meeting!

Posted by Chris Grus at 3:26 PM No comments: 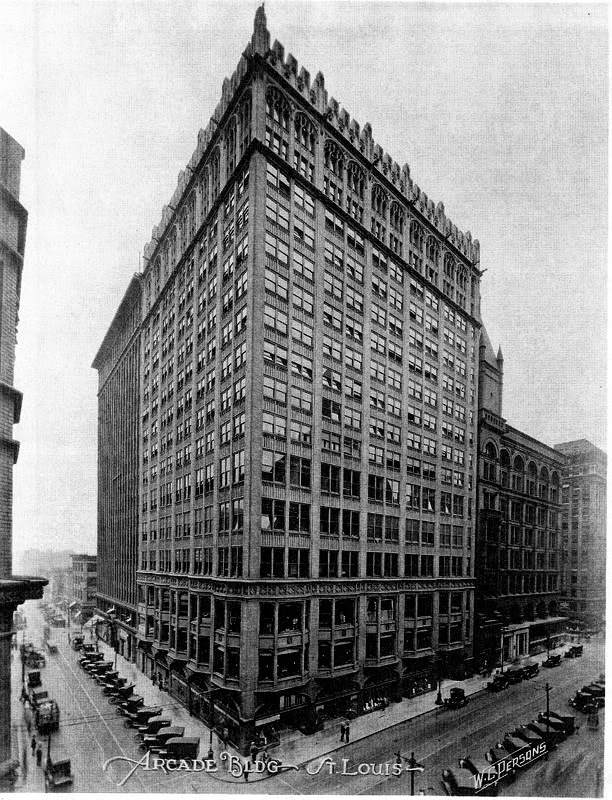 The Arcade Building Downtown has secured its needed ancor commercial tenant as Webster University has chosen to expand its presence downtown.

The St Louis Business Journal reports that increasing classrooms, adding a cafe, an auditorium and more office space will be the anchor tenant, but declined to state how much of the commercial space will be used by the university.

The upside of this move is big for the city in that it will allow development of a historic gem to be completed and backed financially by a credible institution in St Louis.  Nice too that Webster will be increasing its activity downtown, despite not really knowing what extent that will be. Completion is scheduled for 2016.

My hopes are that the actual arcade within the first two floors will allow for additional commercial development and public use of those amenities.  That seems to be what the first two levels of the Arcade building is designed for, rather than a secured entry with more lower level offices and classrooms.  The remainder of the building is still going to be used for downtown apartments and artist lofts which will add to the density of the area, but retail establishments will be needed to attract tennants and fullfill the needs of downtown.

Posted by Chris Grus at 3:48 PM No comments: 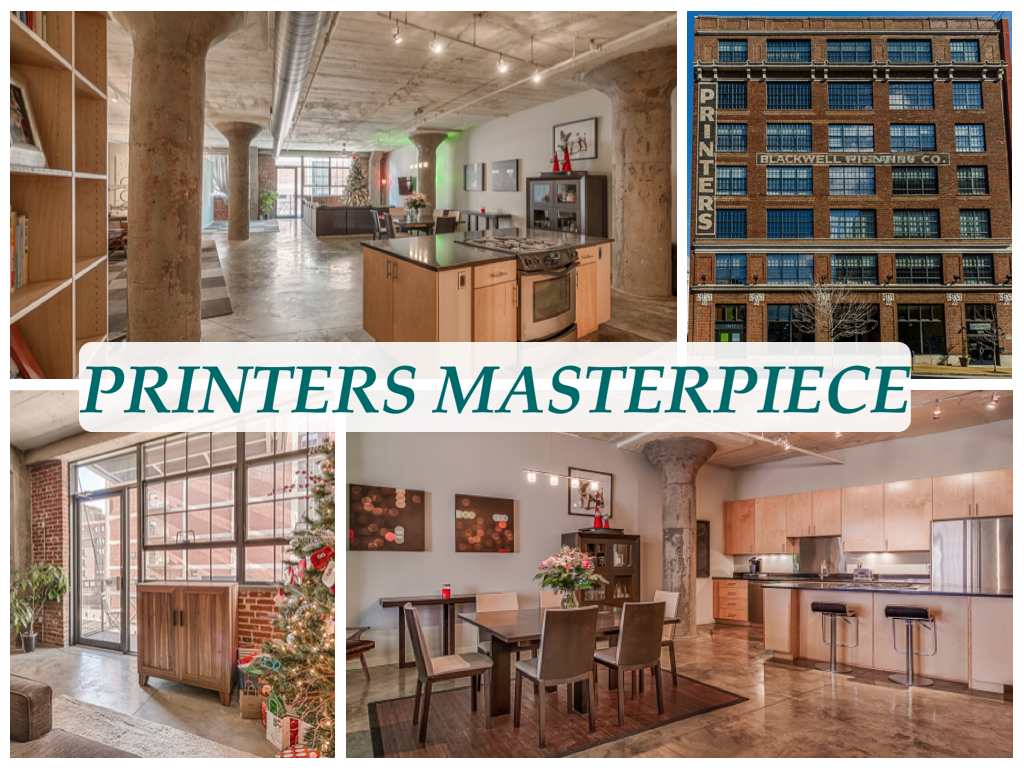 Getting ready to post the sales for the first Quarter of 2014 has me excited!  There were some fantastic lofts sold and a busy downtown market.

These are some awesome listings that are available as of today!  The top one, PRINTER's 403  is a fantastic 2 bedroom 2 bath large space with a balcony and 2 parking spaces.  AT nearly 2100 sq ft, there's a great spot to add a 3rd BEDROOM if desired! We can't believe its still on the market! 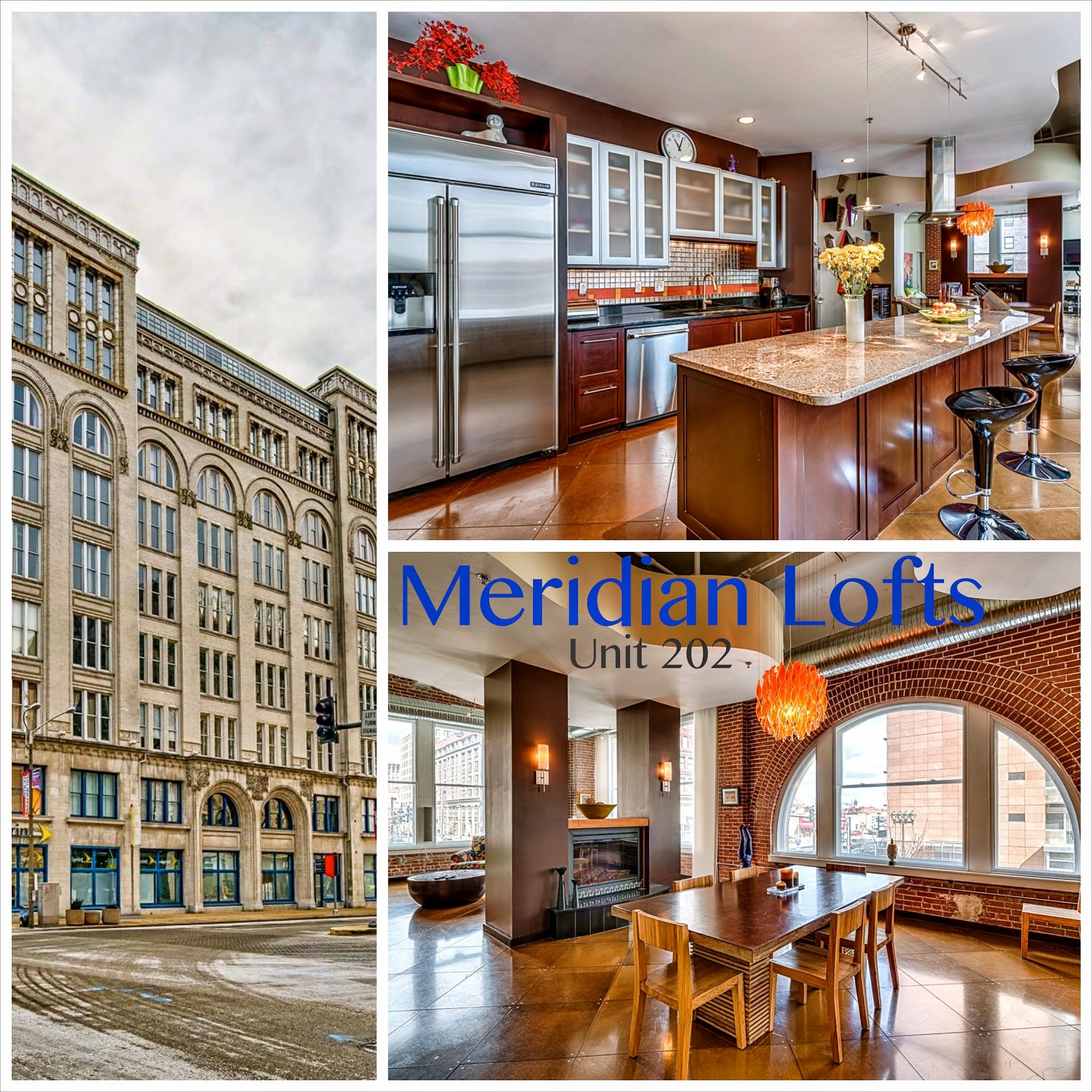 This beauty was JUST LISTED by the Premier Team (it will be open as of 4/1/2014) and we're so excited for some lucky buyer!

Originally built out as the developer's personal unit at the Meridian Lofts, this combination of 2 normal sized units into one huge corner space is exquisite!

Top of the line appliances and phenomenal views of the loft district, this space is mind blowing!   On top of all the obvious features, the fact that each window was replaced with sound deadening windows.

Posted by Chris Grus at 2:44 PM No comments:

New Listing at the Syndicate

The Syndicate Condominiums are releasing the remaining developer held units for sale as the downtown market picks up.  We'll be holding this unit, and the other two developer close out penthouses open SATURDAY MARCH 15th from 1-3pm. 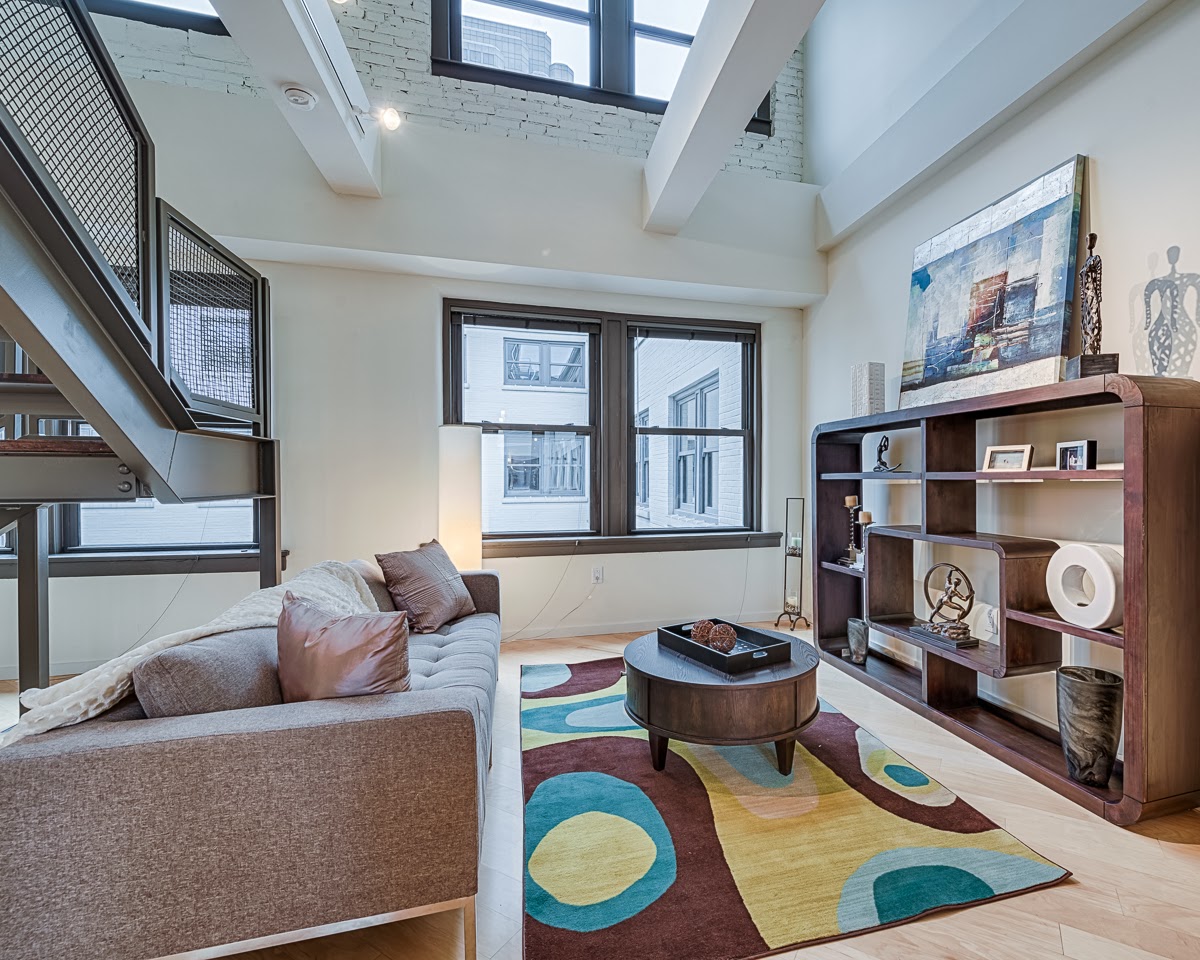 Details on this unit and others at
http://www.4SaleStLouis.com/downtown-homes/syndicate-condominiums/penthouse-1613/

Posted by Chris Grus at 9:44 PM No comments: 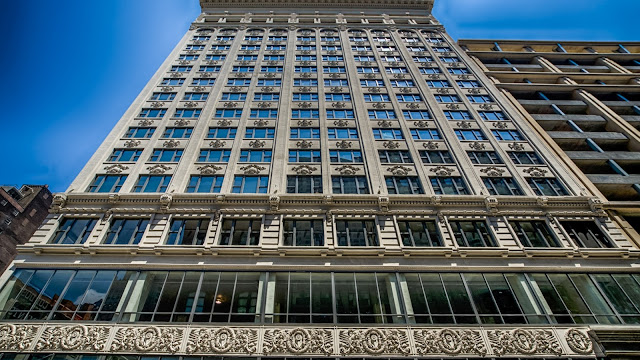 2013 will be remembered as the year that the real estate market
turned the corner towards a full recovery.

Downtown St. Louis was no exception.

The residential markets have a positive backdrop from other sectors of the market, like the completion of SLU Law School, actual construction of Ballpark Village, and the CityArchRiver ground-breaking.  Finally seeing the change of hands of the portfolio of properties owned by the Roberts brothers also took a level of uncertainty out of the market.


In the fall, our National Association of Realtors economist described the "wait and see" effect of home seller's creating a lack of homes for buyers.  For all practical purposes, this 'wait and see' game has been going on since 2007, except that this year there are very few distressed sales and other bulk opportunities like we had at the Syndicate.

Pricing continues to trend upwards slowly, with the current average for all of Downtown and Downtown West being $113.55/ square foot.  That increase is only slight, but the average square footage of units sold was 116 square feet larger year over year, keeping the average level.  Pricing is still depressed from the peak of the downtown market, but for many loft owners, the option of selling is substantially more realistic today than it was a few years ago.

Some encouraging points for 2014

Here are the Downtown St Louis Lofts sold in 2013: 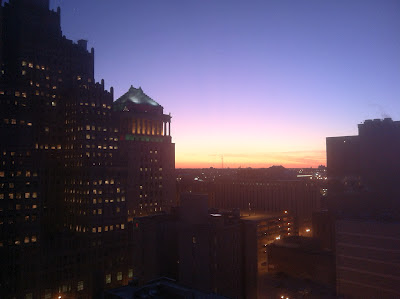 Google
Posted by Chris Grus at 9:56 PM No comments: