This weekend will prove to be one of the more exciting ones for a visit to Downtown St Louis.


For some lucky folks, tickets to the Cardinals NLCS rematch at 12:05 Saturday will be the thing to do.  For others, the 6:30pm Blues Second Round playoff.


We all know about the universally appealing Downtown Home Tour going on between 12-6pm.  (Sports fans should reserve 2-3 hours before or after their event in order to have enough time to see all the downtown homes).


One extra thing jumped out that really seemed great for someone looking to make a full day out of their trip downtown.


There's two events at the National Park that caught my eye.  The NPS doesn't really do that great of a job promoting its events, so my guess is that they won't be overly crowded either.

From 12-6, there's a vintage baseball game with historic information about Cardinals Baseball.


Then from 6-9pm, there's a "Night at the Museum" program for $12 covering information about St Louis' role in the settling of the West.  This is a subject that I find interesting, since St Louis got to be the 4th largest city in the U.S. very quickly by tapping into the business of pioneering when it could.  As years have passed, growth has shifted elsewhere, essentially for the same reason.
Now as we are trying to be competitive in the "Global Economy," it still is all about capitalizing on opportunities similar to the days of the wagon trains.  To build the connection between St Louis goods, services and assets, it doesn't hurt to see how things happened in the past.


One good thing about the Downtown Home Tour is that our open houses will be held and free of charge, so after the game, before the game, before the museum night, or after watching vintage baseball, STOP BY THE SYNDICATE OPEN HOUSE and see what its like to be right in the middle of the action!


Looking at January through April 28 for the past four years, we could come close to the previous high in 2008 of 56 sales.  Currently there are 27 lofts under contract with 30 sales so far.


The area of greatest change is the price per square foot.  With the extensive amount of foreclosures, short sales, and appraisal challenged sales, the current price per square foot is right at $106. 2008 price per square foot:  $169.24.  Keeping in mind that the first third of 2008 was well in advance of the stock market crash and prior to the public knowledge of the banking crisis which hit later that year.


Now, nicely finished, market rate sales selling above $150 per square foot are simply out numbered by homes dumped by institutional owners and short sales.   Sometimes the "like units" just don't exist, except for dist.  This isn't unique to St. Louis or downtown.  In talking with a nationwide developer, they've been having this problem much worse in other areas.


I sort of feel silly making references to the market and its descent from the highs.  Like its never been talked about before. The media has beat this subject into the ground! In listing appointments though, when we hear the price that prospective loft sellers want for their unit, it seems that the reality of the market is unknown.  Sellers ultimately unable to accept the reality usually end up in foreclosure and their bank has to find reality for them.


As real estate investors, our suggestion usually favors trying to rent out a loft space until the market recovers.  This strategy cuts down on our listings, but gives the owner tax advantages and hopefully a better sale price down the road.  Despite some horror stories, with proper screening and lease execution, downtown renters can be fantastic.


Despite the lower prices, the increase in sales is a good thing for downtown.  In 2008, while we had 56 sales, the inventory downtown was staggering.  The big question mark at that time was,  "How in the hell are we going to sell all these condos?"  Even worse, public perception was even worse than the reality.  They myth to the average St Louisan, thanks to the media, was that downtown was only 15% occupied and that there were hundreds of empty condos downtown.  That was never the case.  Now, with inventory being absorbed and prices more affordable, many people are making their move downtown.  Click on the building name and see, that very few units are currently for sale in each building.


Here's the sales data from the first third of 2012


For more details on any sale or available unit, Contact the Premier Team for Information

The 2012 Downtown Home Tour is being held this Saturday, April 28th from Noon to 6pm.    No loft tour we've seen has ever been like the one before, and this year is no different.  The theme, "The Art of Downtown Living" sounds to me like there is a utilitarian element to being able to live downtown.  The truth is that the downtown area is becoming the scene for local artists because of efforts to build and nurture the artist community.

Housing established as "artists lofts", new galleries, and buildings with special considerations for artists like the Syndicate make being an artist easier and lures more artists to consider downtown as the place to be.

Additionally, while creativity is often viewed as a characteristic of artists, it's also a key factor in business, entrepreneurship, and even science.  This neighborhoods proximity to business incubators, executive suites, and the downtown business community can be huge in helping fledgling businesses to start and grow.  Just within the past few years, I can think of a dozen businesses started by downtown residents that have benefited greatly from their location.

The overall benefit to the community is summed up by the theories in the book by Richard Florida, "The Rise of the Creative Class."   Simply put, creativity adds to the economy.  In this day in age, that's a message we want about Downtown St Louis.  One other factor, is that, as a rule, the type of buyer moving to downtown St Louis often times has tremendous opportunities to show and appreciate art.  Large rooms and open spaces, high ceilings, and the opportunity to add lighting easily makes the downtown home perfect to display art.  As a Realtor, it seems that more and better art is on display in urban homes as a rule compared to the suburban and rural areas.

So mixing art with downtown living is what this year's tour is all about.  Quite a turnaround from when loft developers pretty much ran the show for two days with their humongous marketing budgets.  Not only was their budgets spent by the thousands, so was attendance.  The events got to be overwhelming with activities galore, free shuttles and every developer trying to wrangle in the buyers.  While it had its pluses, the loft tour really didn't get good reviews for being a neighborhood tour.  It was more of a huge sales pitch.  Now there's only one day & 12 residences, some rental-some condos, and the after party at Art St Louis with its wine tasting.  What would be better would be if the after-party was at the Scottrade Center to watch the Blues stomp the Kings, but that has yet to be determined.

All and all, it will be another busy weekend for the Premier Team as we have eight open lofts at the Syndicate and another open house at the Dorsa Lofts. Registration for the tour itself will be at the Laurel Apartments.  The area isn't the best place to highlight just yet, but soon will be home to the National Blues Museum, Pi, Snarf's, MX Movies and more coming in the summer and fall of this year.  This weekend we'll probably just see some nice signs;  previews of coming attractions in Downtown St Louis.
Posted by Chris Grus at 11:04 PM No comments:

What to do with Roberts Tower 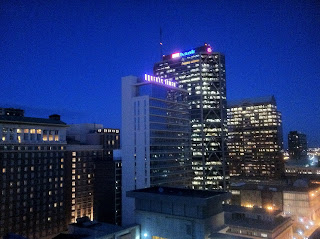 This morning I was contacted, unexpectedly, by a Post-Dispatch reporter about the Roberts Tower.

At the Syndicate, we have a gorgeous view of Roberts Tower from our display unit. I've had clients over the years inquire about the tower, along with condo buyers at open houses, with no response from the Roberts Brothers sales office.

It makes perfect sense to me. If I sunk as much into the Roberts Tower as the Roberts and their banker did, I'd be hesitant to put it on the market now.

One thing really threw me though. The Building Blocks author asked me a stumper. He asked me what they should do with the building if they don't use if for condos.

Not that I hadn't thought of it before. A few meetings I've attended there really made me think of how nice it would be as part of the Mayfair Hotel, but that's as far as it went.

It seemed like a good idea for a poll. We know there's a demand for them to finish the building as condos.  Otherwise no one would be asking about it. Undoubtedly not enough demand to justify the cost of the building.Would today's buyer's be likely to sustain that type of builidng?

Hopefully things will settle out favorably with Roberts Towers when all of the other struggles are dealt with. Just like hundreds of thousands of homeowner's out there, a loan modification would help the Roberts brothers immensely.
Posted by Chris Grus at 2:18 PM No comments:

The Power of Dishonest PR 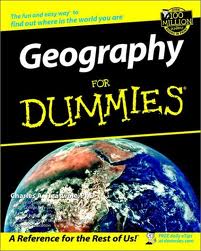 Shit happens. Everywhere. After seeing news headlines describing a crime and other current affairs taking place 'near downtown', only to look up the address and find its nowhere near downtown, we've decided to offer a FREE CLASS. 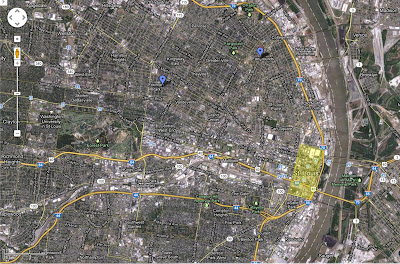 The map above shows two of the locations. One happened in Fountain Park at the 4800 block. Its located close to the Ville and the Greater Ville neighborhoods. If someone isn't familiar with them, its Closer to the Central West End or Skinker- DeBallievere. To get from Fountain Park to Downtown, one would have to go through Grand Center. The other instance at 4100 N Grand Blvd is in the Fairgrond Neighborhood,
which is close to Hyde Park and North Riverfront. Its about as close to Granite City, Illinois as it is to Downtown, yet our St Louis journalists have "Close to Downtown" on the headline. If I was a downtown resident, I'd call up KMOV and complain. 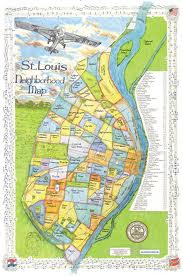 I'd also question why reference to Downtown when the situation is closer to equally known areas like Central West End. They could have said, "near the Cathedral Basilica on Lindell. It would have been more correct than saying near downtown. The Partnership for Downtown St Louis should do something too. A loft tour won't address this problem. Since we're not downtown St Louis residents, we'll help by offering a special class called 'Geography For Dummies' specifically for members of the press. We'll cover city neighborhoods so that press members know something about what they're reporting on. Our class will be free.

They could buy a copy of the downtown neighborhoods map too. While downtown isn't the only neighborhood that gets erroneously connected to crimes happening elsewhere, it definately takes the prize for the most mistaken identity reports. To me this seems like it gives downtown St Louis a bad rap. We always hear public perception about downtown's lack of safety; in addition to events that really do happen, the false reporting of events as being in or close to downtown really should stop.
Posted by Chris Grus at 10:40 PM 2 comments: