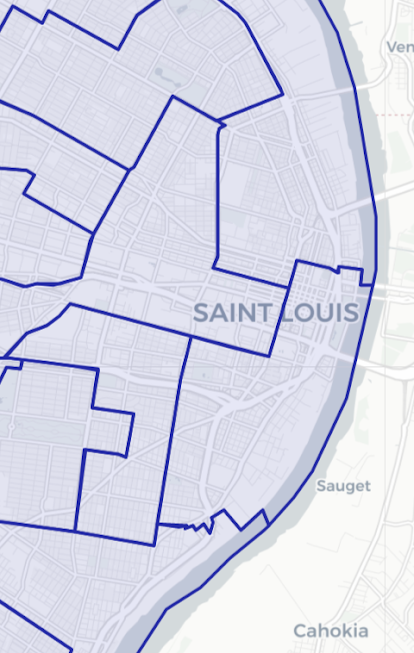 We've waited years for the City Alderman to come up with a plan to limit the number of wards in St. Louis.   One of the big factors that's driven me nuts for years is how the reasonably small downtown loft district neighborhoods were separated into 4 different wards.   So basically, the downtown neighborhood was politically marginalized.   All of downtown could vote against a candidate, and they'd hardly count for anything because the bulk of the ward was located elsewhere.
With this downtown marginalization happening for years, our hope was that as the ward boundaries were re-drawn, that Downtown would finally get the representation it needed and deserved.
Even if downtown was split up, but the loft district area (roughly 11 blocks north of Interstate 64/40 from the riverfront to Jefferson Blvd) was located in one ward, I'd be satisfied.
What's being proposed is that the main residential areas in Downtown and Downtown West, yet again, are split into 3 parts, continuing the tradition of marginalizing Downtown voters and, marginalizing the issues that affect downtown the most.

Downtown residents PLEASE speak up and voice concern in one of the ways below:
http://www.stlouis-mo.gov/aldermen/redistricting
Comments and questions can also be directed to 314-622-4114, by email to redistricting@stlouis-mo.gov or by mail to Board of Aldermen, 1200 Market St., Room 232, St. Louis 63103 Attn: Redistricting.

Posted by Chris Grus at 9:23 PM No comments: 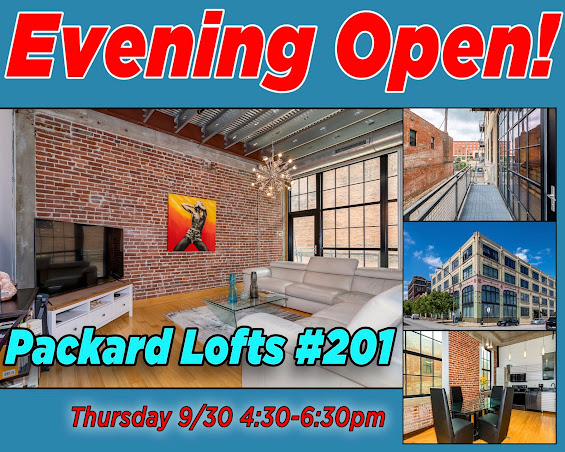 Sunday night was a great experience!   5:30 dinner at Sen Thai and a walk to the dome for the Rolling Stones.   Downtown was alive and kickin' and it was great to experience.
It's this kind of excitement in the streets when I remembered our DOWNTOWN EVENING OPEN HOUSES as a great way to show off our downtown listings when people are already there;  working or playing.
This THURSDAY!  The RED HOT Cardinals have a day game at 12:15pm and our Evening Open house at 4:30pm gives time for a bite to eat and a visit to this fantastic loft!     The construction crews will have just left the new soccer stadium 2 blocks away.   See for yourself, what it's like to stick around downtown and enjoy the vibe!
Check out the listing! 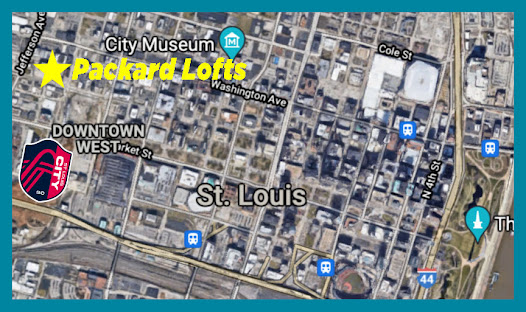 Posted by Chris Grus at 9:16 PM No comments: 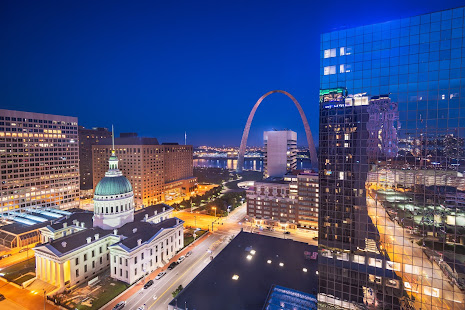 Thanks to Time Magazine, for being able to see Downtown St. Louis and the many tremendous improvements as reason for inclusion as one of the Worlds Greatest 100 Places!

While I'm still anxious to see the traffic control barricades taken out of downtown,  I still get excited about the changes we've enjoyed in downtown St. Louis.

It took an outsider to help me see the beauty in our urban core too.   I remember sitting in an office and meeting someone who moved to St. Louis from Florida.   I remember thinking, "why would someone do THAT?".   Typical suburbanite.   I'm glad I asked, because they had an answer, and it wasn't the standard.   Many times the answer is, "I met a girl from here... or my job moved me here.   Just the fact that she had an answer should have impressed me, because she knew more about my own city than I did.   It wasn't until that experience that I believed someone would want to live in the city.    It just hadn't occurred to me.

I'm excited about the things the folks at Time mentioned and more.   The website, St. Louis is a World-Class City  has more to say.  The Time article mentioned Brickline Greenway, which is still mostly in the works, but the work being done to expand trails in and around St. Louis is one of the most exciting things.   Interestingly thought, when I talk to many St. Louisan's, they aren't aware of the plans in the works to create trails from Downtown to Forest Park, and Forest Park to River des Peres, Clayton, U-City, Creve Coeur and even St. Charles County.  These are plans that have been going since 2000, and momentum has been increasing every year.

The past year has been a seller's market in many areas of St. Louis real estate, which I'm beginning to like because its in seller's markets when the boundaries of "the good areas" get pushed outward;  developers and buyer's start investing in areas that they wouldn't take on during more buyer-friendly markets.   Downtown's largest resurgence; from 2001-2008, took place in a seller's market, and residential redevelopment was the primary cause.  Currently downtown remains one of the few areas that isn't as much of a seller's market, but that won't be the case for long.  With all the great things being done in and around downtown, even St. Louisan's will find out. 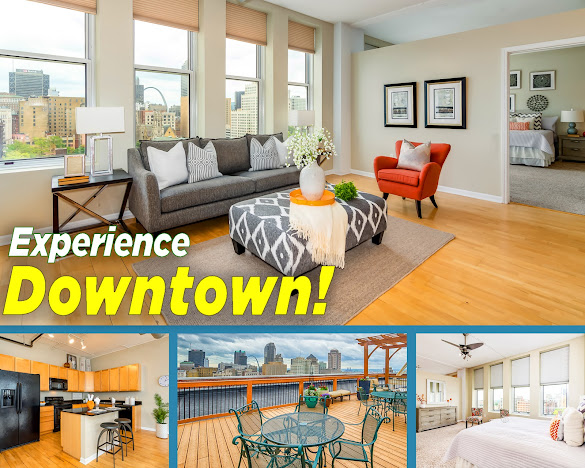 As you walk in the door, Terra Cotta Lofts #905 has a view of the downtown skyline that's unbelievable!   This 2 bedroom 2 bath loft has a great layout with two large bedrooms, a huge master bath, and a spacious walk in closet off the 2nd bedroom.

Located at 15th and Locust, the Terra Cotta is a short walk to Washington Avenue, City Museum, cafe's, clubs and entertainment, parks and even the new Soccer Complex!  The building has an amazing rooftop deck with views to the North, South and East, plus a new club room on the 2nd floor! 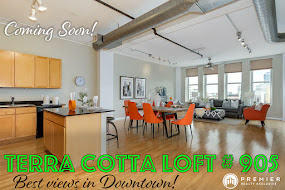 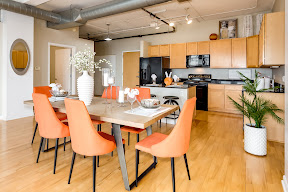 Posted by Chris Grus at 9:38 PM No comments: 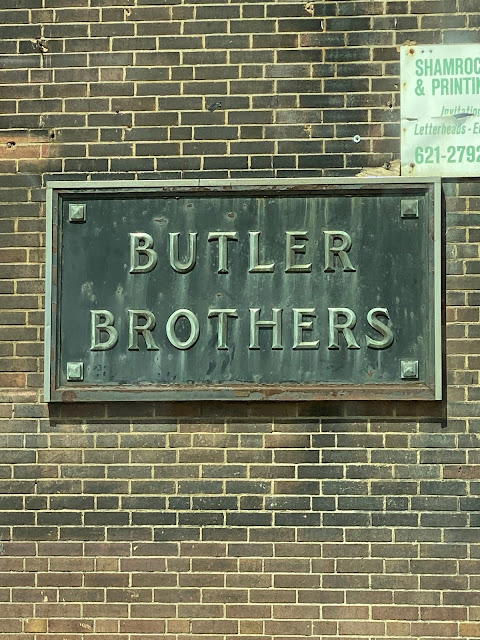 With the sale and consideration of what to do with the largest undeveloped properties downtown, I have to admit that I don't know.   I think about large scale entertainment, like City Museum, the Foundry or Ballpark Village.   I think about housing, I think of business.   In every sector, the current need has already been met.   What new plan can be developed to use such a large property?
Posted by Chris Grus at 9:23 PM No comments:

Downtown Lofts HAVE to look good! 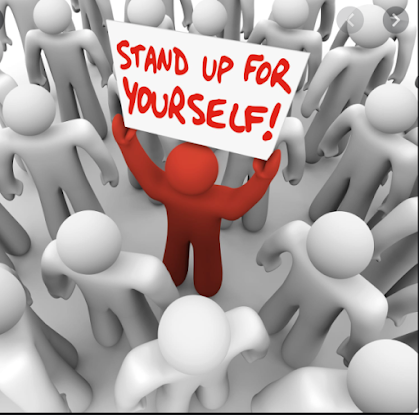 So the years were 2004-5.   We had just started our own real estate company and we were idealists.   We had an opportunity to list a loft, which led to a lot of buyers and noticed one thing:   Downtown listings weren't cared for.
In those days, there were very very few resale listings, but what we did see wasn't good.  We'd see listings vacant, dirty, dark, lights burned out, no flyers, or flyers that were out of date.   Sometimes the vacant loft would smell like sewer gas because no one came by to check on things and fill up the p-traps with water.   As a new agent, I couldn't image not caring for listings better. For one reason or another, the job of making a listing desirable wasn't getting done. 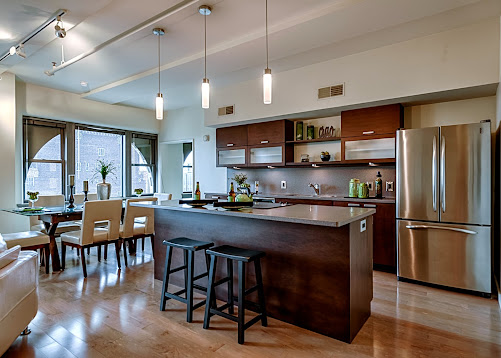 Fast forward 16 years.   Out with a buyer and looking at lofts and finding the same problem as 2005.   One after another, lofts smelled like sewer gas, vacant, dirty and burned out bulbs.   How can anyone expect a buyer to get excited about that?!?
Selling downtown has been a challenge, especially during the COVID era.  If the product isn't saleable, it can't all be blamed on novel coronavirus. 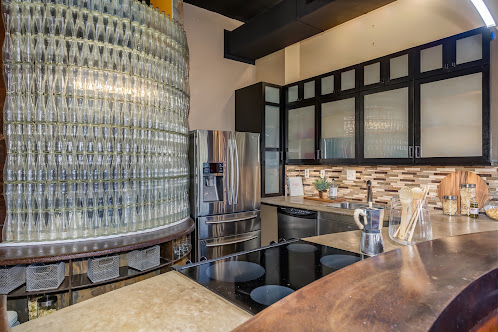 Despite challenges to that downtown in the past few years, there's great stuff too.   The main thing to remember is that the inside of the space is what's being sold, so it can't be left looking and smelling like garbage (or worse).   Loft owners and their Realtors have to put their proverbial best foot forward.
A home buyer anywhere is trying to imagine their prospective life when visiting a home for sale.   If a buyer can't see themselves living someplace, they won't buy. 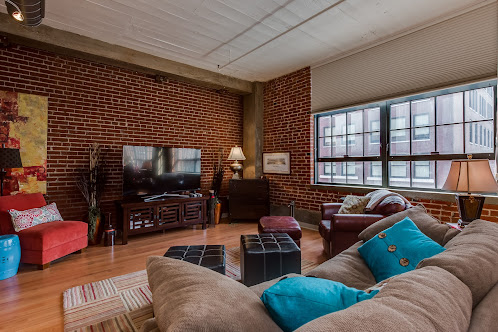 As 2021 heads into the summer it's going to be exciting seeing downtown come back to life, and hopefully new leadership will reinvigorate local government and stimulate interest in urban living.  Downtown loft owners and Realtors need to do their part too.
Posted by Chris Grus at 8:59 PM No comments: