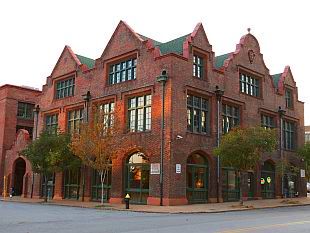 The accolades for the rebirth of Downtown St Louis are usually given to Downtown Now, or the bankers, or the tax credits. It's hard to argue against the impact those entities had.

Schlafly's Tap Room opened 20 years Ago today, and provided they type of business that helped generate excitement about rebuilding downtown for the first wave of downtown residents, before tax credits or new loft condos were around. The Posts article  frames Schlafly's as a pioneer in the Craft Beer industry, but they were a pioneer for Downtown St Louis too.
Posted by Chris Grus at 12:00 PM