The Other Shoe Dropped 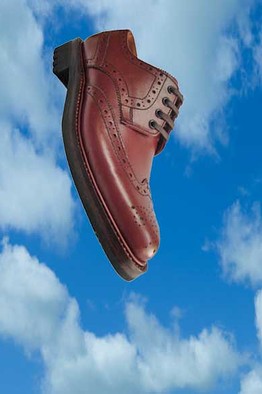 When Pyramid Construction, the St Louis Loft Developer, went under back in April 2008, word on the street was that there was some inappropriate shuffling of funds between all the projects that were in the works. Today the Post Dispatch reported that John Steffen, the President of Pyramid Construction was going to be indicted of bank fraud for cashing out on tax credits that were supposed to be held as collateral for a loan. Given the extent of the Steffen empire downtown, I'd expected a more elaborate scheme to be uncovered. Looking at Casenet, there have been several suits filed by banks, maybe this is just the beginning, or maybe after all the dust has settled, this is the only case that can be made. I'm hoping for the latter.

While the overall business of John Steffen was evidently not sustainable once the market slowed down, he really had a vision for this town. He was a leader. People believed in him. He described his vision for a 'Paris on the Mississippi' with panache, and like Quarterback turned Dancer Kurt Warner, he had the perfect story of starting his career as a carpenter and building a huge business from scratch. When I had my first experience with Pyramid, they had a construction company, an architectural firm and was about to purchase a real estate brokerage.

When Pyramid purchased a Blue Ribbon Realtor brokerage and re-branded it under the Pyramid umbrella, it didn't really make sense to me. That was when I started to question the direction of the company. It was a Central West End broker with limited downtown experience. Most importantly, buying a brokerage is really buying human capital; there's really no way to ensure that the agents perform or even stay with the company after its sold. [Warren Buffett, if you're reading this, Premier Realty Exclusive is one notable exception]. As a relatively new businessman, I figured they knew what they were doing.

During the fallout from Pyramids demise, many who were directly involved with John Steffen felt that he would land on his feet. I wasn't so sure, but based on the loyalty he engendered and the extent of his political connections it was plausible. That's my hope today. In dealing with Pyramid, I wasn't a huge fan, but John Steffen is a guy that we need in the world making a difference. If it is true and the collateral was sold by Steffen, I view it as an act of desperation trying to keep a flailing company alive. Steffens lost his home, all his assets...loosing his freedom would punctuate an already dreary descent from his position of prominence in the St Louis Downtown renaissance.
Posted by Chris Grus at 10:29 PM