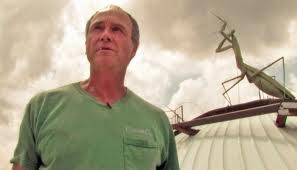 I went to Downtown St Louis back in the spring of 1996 to see an art show at this "weird museum" downtown.    It was my first experience in seeing the City Museum and my first chance to see a downtown loft.  We've been back to the City Museum with kids, to list the lofts, to rent them and with buyer's, but I never had the opportunity of meeting the late founder Bob Cassilly, or know much about him.   Working in the same neighborhood and benefiting so much from his contributions to the area, it was nice to see such a long article in this months (January) St Louis magazine about the life of Bob Cassilly.  The online article isn't the complete 4 page article that's in the magazine.

Normally, when someone contributes so much to an area, there are ceremonies and notoriety that comes along with it.  The absence of that almost makes it seem like Bob was taken for granted.  That could be the case, but from the article and everything else, it seemed that type of recognition was avoided while Bob was alive.

1.  At this point, my first wish is that City Museum stays what it is and somehow the vision for Cementland is completed.  It may take years, but in seeing what contributions have been made downtown and elsewhere in St Louis, its just what the doctor ordered for the north riverfront area.

3.  Build a statue of Bob Cassilly.  This request goes to the Partnership for Downtown St Louis and to the Downtown St Louis Residents Association.  Someone needs to pick up the ball.    Why this seems urgent to me is that if it doesn't happen Downtown, it will somewhere else.  From reading the magazine article, Bob seemed to have roots all over town:  Kirkwood, Lafayette Square, Webster Groves, Dogtown.  His work was all over town, and across the country. 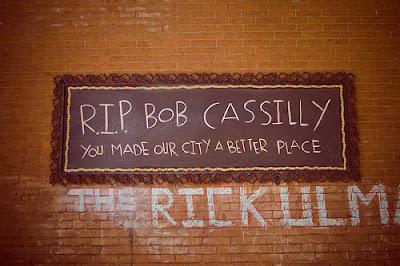 We can do better than this!