What's Next Depends on YOU! 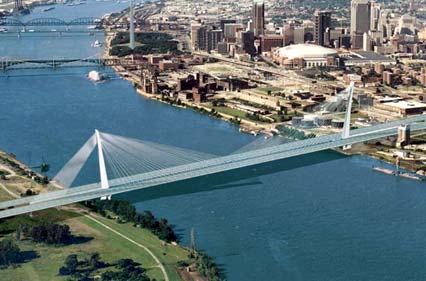 Tonight there was an update to the downtown partnership site adding a new feature, the "Friends of Downtown" Joining quickly, I'm looking forward to getting my access codes to the member login page etc. and may describe some of the benefits for a future post. In looking over the site, the information that I was most interested was the "Downtown Next: The 2020 Vision for Downtown St Louis" What made this most attractive, aside from the catchy name, was that the plan it replaced was so wildly successful. Downtowwn NOW, a different quasi government entity created by Former Mayor Clarence Harmon was the author. At the time, I wasn't hopeful. I remember thinking that we'd get a few new signs downtown and maybe a new catchy ad campaign. The phenomenal period of growth and redevelopment that took place between 1999 and 2009 was totally unexpected. I remember viewing the plan and some of the Downtown Partnerships propaganda about the results through the years and being impressed with how things were coming together and thinking, "what's next?"

Developing a new plan was something discussed at some of the outreach committees through the Partnership for Downtown St Louis. The reports are attached below. My feeling on the reports are that they really need to be discussed more. Looking at the credits they gave on the back, I didn't feel that there were enough people participating, that they weren't the right people, and that there was enough time and energy incorporated. Guessing that the Partnership was just trying to get the very large ball rolling, the challenge still exists to get people talking about the report and encourage the type of participation that the report is calling for.

Seeing the void where the skybridge once stood was a good start and all the construction that recently started is a welcome addition. The part of the reports that seem most urgent probably wont rely on the decisions of some deep pocket developer, but rest on the shoulders of our elected officials. Creating more effective transportation and seperating more bicycle traffic seem like a huge part of the equasion that I can easily see get swept under the rug by the powers that be.

Take a look at the reports. Call your alderman and shoot a message to the Mayor, Lewis Reed and our representatives on the State and Federal Level.

The best deal about the report is that, by comparison, the 'heavy lifting' is already done. Downtown has been revived, home owners live there and we have a great start on the commercial development needed. At this point we just need to tie the whole package together, and that will need more planning and vision along with the interest of the people downtown and throughout the region. Executive Summary

Email ThisBlogThis!Share to TwitterShare to FacebookShare to Pinterest
Labels: 2020 Vision, Downtown NEXT